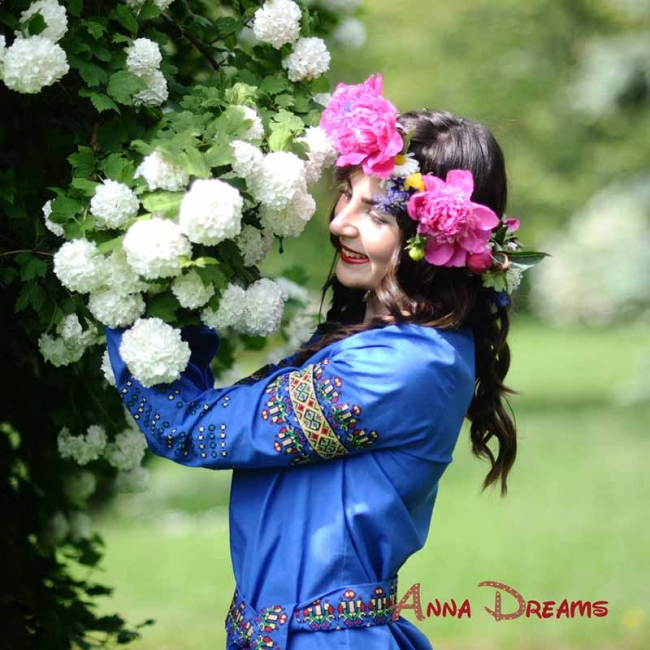 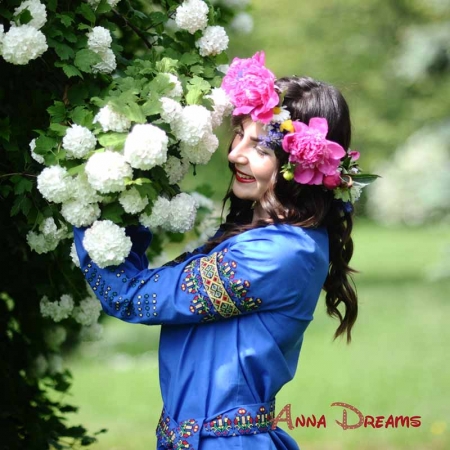 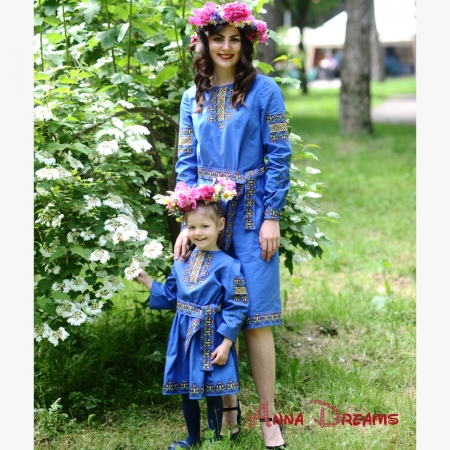 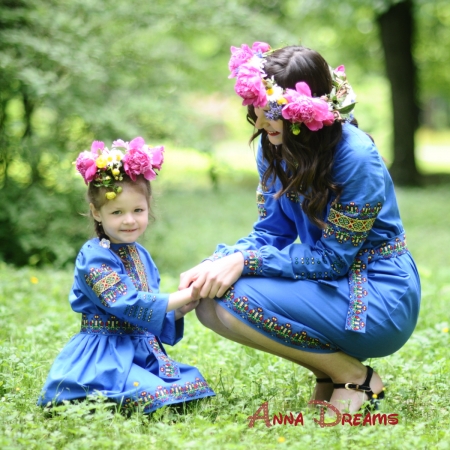 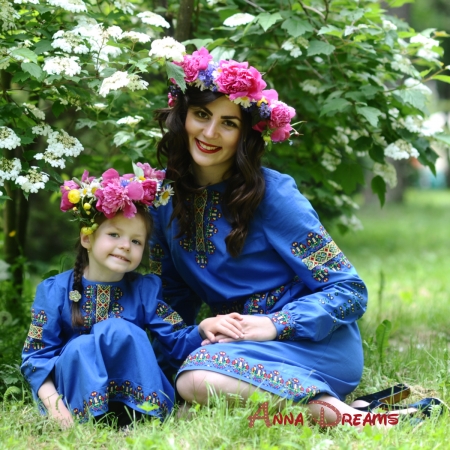 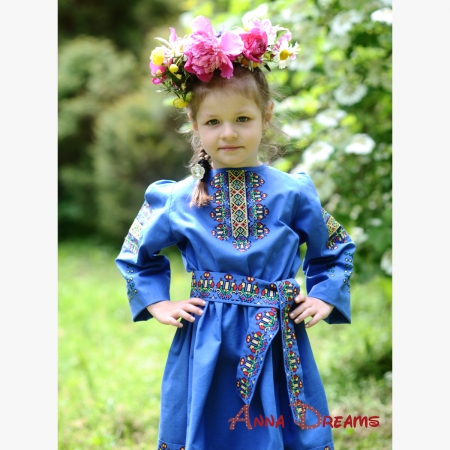 The elegant, blue-colour, medium-length embroidered dress for mother and daughter are made of high-quality natural linen.

The symbolism of embroidery:

Half twisted “S” motif cross. Popularly styled as the “key”, “hesyk” or “snake”, by its geometrical shape being half the Svarog motif, from ancient times is being used in different nations, symbolizing protection, material wealth and well-being. Mostly located on scales, edges, etc., the cross preserves solid human energy field, not allowing to dissipate the energy.

Triangle, being the symbol of fire, resembles the tongues of flame in a way. But the semantics of it is much deeper. The up-directed triangle is the symbol of spirit, the down directed one is a symbol of Matter, the compilation of both composing several configurations.
First of them is so-called "hourglass", formed by the apex of both triangles touching one another. Symbolically these triangles are World and anti-world accordingly, possessing the transition between two worlds at the point of contact. Sometimes there is a special line between the triangles, called the Great Dawn Ring, being a kind of mirror that reflects one world inside another and vice versa.

We’ll be glad to discuss with You color, type of fabric & embroidery to create The Best “Vyshanka” personally for You  Price can be different for sizes XL & XXL